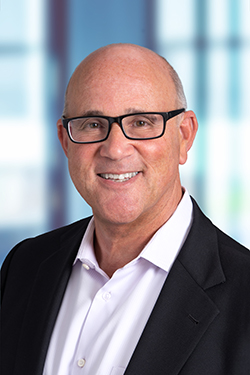 Mr. Wunderman has served as the WETA Board vice chair since 2015, when he was appointed by Governor Jerry Brown. Governor Newsom will appoint a new vice chair to serve on the board.

“Chair Wunderman has been a real driving force as WETA grows San Francisco Bay Ferry service and expands into new markets,” said Nina Rannells, WETA’s executive director. “We’re excited to press ahead with him at the helm.”

Mr. Wunderman has been the President and CEO of the Bay Area Council since 2004. He was senior vice president of external affairs at Providian Financial Corporation from 1997 to 2004, chief of staff in the office of the Mayor of San Francisco from 1993 to 1995, and vice president and general manager at Norcal Waste Systems, Inc. from 1987 to 1991.

“Restoring robust regional ferry service is critical to addressing the Bay Area’s transportation challenges,” Mr. Wunderman said. “I’m honored to take on this role, grateful for Governor Newsom’s confidence in me and excited to work with an amazing Board of Directors, Executive Director Nina Rannells and many, many other stakeholders to give the Bay Area the world-class water transit system it needs and deserves. And I want to thank former Chair Vice Admiral Jody Breckenridge for her leadership in steering WETA through a period of incredible growth.”

Mr. Wunderman replaces U.S. Coast Guard Vice Admiral Jody A. Breckenridge (Ret.) as chair. Vice Admiral Breckenridge, who was appointed by Governor Brown, had served as WETA’s Board chair since 2014.

“Vice Admiral Breckenridge brought immense, important maritime expertise to WETA, especially when it came to our critical emergency response mission,” Rannells said. “Her six years of leadership at WETA made us better prepared. That legacy will live on.”